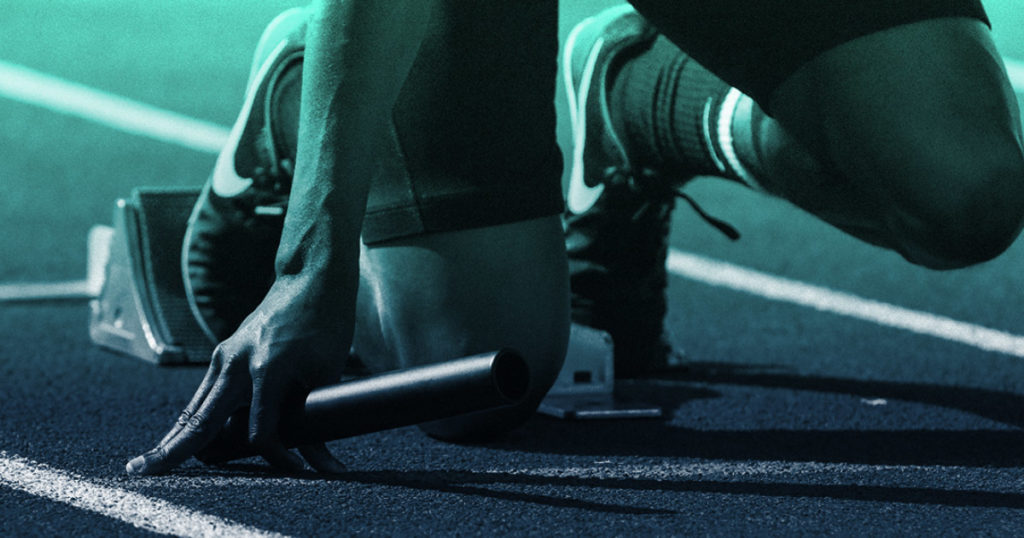 In an olympic sprint relay, four runners operate as a team to sprint a total of four hundred meters. In order to compete at a record-setting level, an athlete needs to be capable of running one hundred meters in less than ten seconds. The training and dedication it takes to get to this level of performance is nothing short of staggering. While individual performance is paramount to winning a race, the reality is, a sprint is often won or lost during the baton handoffs. If a handoff is not executed with skill and precision, a team can lose the momentum to achieve their goal.

One of the most critical points in the Software Development Life Cycle (SDLC) is the handoff between design and development. At this point in the process, significant analysis, design time, and capital have been invested. This is also a point where the most momentum stands to be lost. In order to avoid momentum loss and ensure a smooth transition between design and development, there are several areas where preparation is needed.

The Importance of a Base Strategy and Direction

Preparation for the design-development handoff starts much earlier in the process. Previously, we have explored the importance of business analysis in the SDLC and this is a prime example where its value shines. One of the key benefits that a business analyst brings, is the ability to pinpoint and focus the objectives of an application. It can be easy to layer a myriad of “nice to have” features onto a product, however the development time needed to realize these features is disproportionate to the time it takes to conceive and design them. Whether rebuilding a legacy application or designing a new one, it is imperative that objectives stay lean in order to focus development toward a Minimum Viable Product (MVP). This in turn will allow for the design solution to have a focused scope and will simplify the handoff.

Another benefit of carefully focused objectives is that it helps to align the direction of the entire team. Whether it be a business analyst, project manager, designer, or developer, each member of the team has a concrete reference as to the core focus of the application. Anytime a new feature is proposed, it can be subjected to the same guiding standards. This inherently allows a project to maintain momentum.

Ultimately, clear and focused objectives help inform a targeted final design which, in turn, leads to less development rework later in the process. As development progresses, these objectives also allow any discrepancies to be more easily identified and resolved. 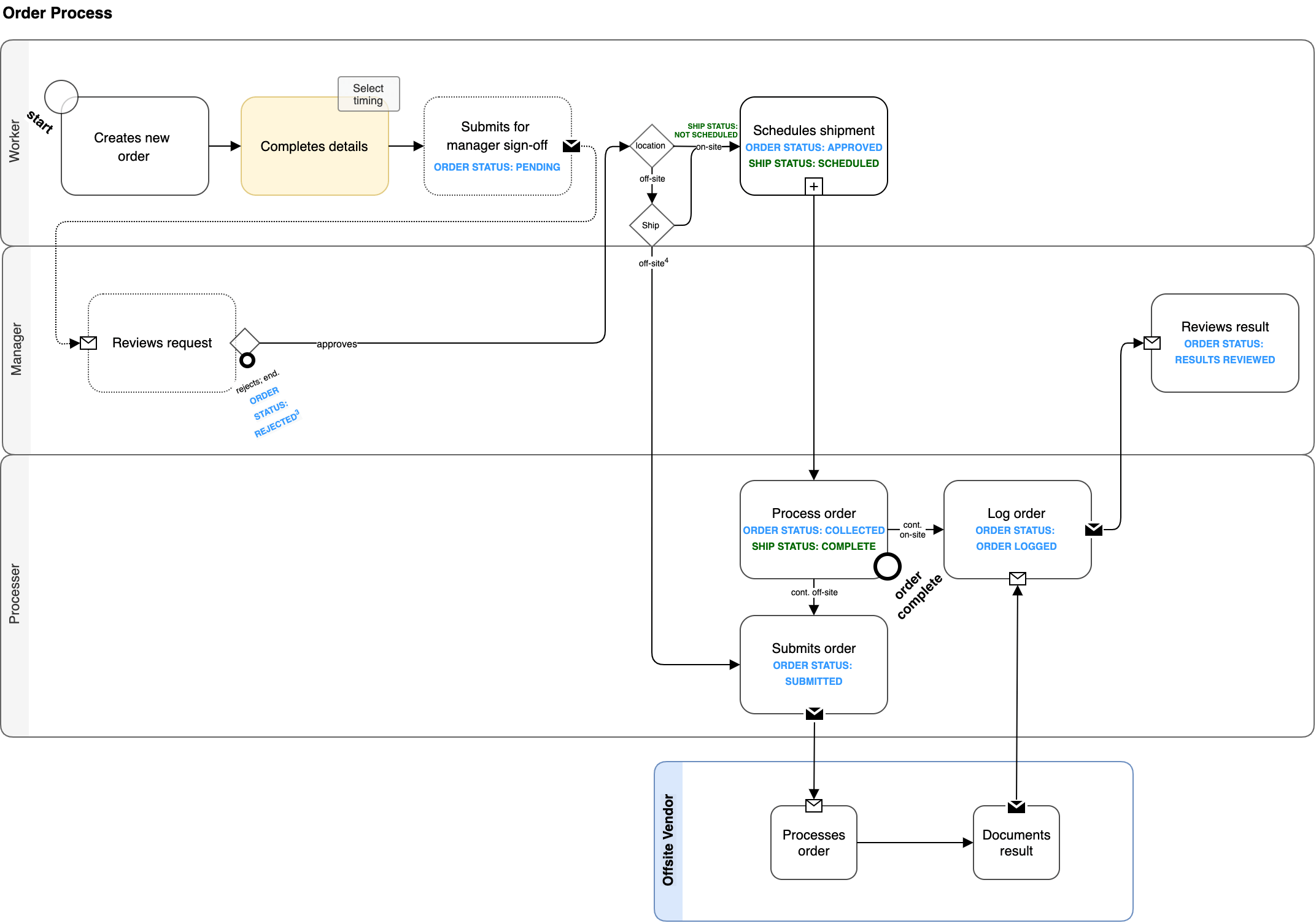 Another key to a smooth handoff is the design methodology that you adhere to. Each design team will have their own method of generating mockups / prototypes that the development team will rely on. However, in order for these final designs to be leveraged effectively by development, they need to exhibit some underlying characteristics:

Informed – The design solution cannot exist in a bubble. Instead, it should always aim to find a delicate balance between aesthetic excellence and functional simplicity – all while fulfilling the business objectives. While nearly any layout, design element, or interactive function can be achieved in modern web development, some designs are a lot more technically demanding than others. This makes it extremely valuable for designers to have, at minimum, a working knowledge of development methods and practices. This knowledge helps to inform the design solution and allows it to avoid time-intensive elements that provide little value.

Consistent – While all modern design tools allow for endless spacing, layout, and aesthetic possibilities, it is important to consolidate these into patterns that are utilized across the design / mockups. Global standards should be established for all typography, buttons, form elements, common layouts, and other frequently used components. Once established, these standards should be deviated from as little as possible. While some deviation will be necessary, the more “one off” design decisions that are introduced into an application, the more unnecessary bloat it adds as the application grows. Establishing a set of design standards also integrates well with common development practices – allowing developers to establish repeatable elements and patterns within the code. These elements can be easily implemented and quickly updated in a central location.

Consolidated – While most web applications will have their fair share of involved features and complex requirements, the resulting design should always aim to leverage as many existing patterns as possible in order to consolidate and simplify the end product. This not only improves the user experience but it also allows for a streamlined development process. The more elements that can be consolidated and reused, the easier it will be to hand off a new feature to development.

Flexible – When designing a web application, the final solution needs to be honed to achieve the objectives of MVP while still flexible enough to be accommodating of the future state of the app. Often, there will be a backlog of desired features that will be introduced in later releases of an application. When possible, these features should be considered when designing the base solution. This way, when these features are released, they can be easily integrated into the existing application. While this won’t pay dividends in the short term, future handoffs will be a lot more seamless when large chunks of interface don’t need to be reworked.

How to Master the Software Design Hand Off

Once a targeted strategy is established and the design is complete, the next step is the handoff itself. At this point in the process, the success of development relies on effective communication of the business objectives and design requirements. Here are a few ways to streamline handoff communication:

Harmonious Requirements – There are many methods of documenting business objectives and the resulting design solutions. However, it is important that both the business requirements and the design documentation are harmonious in their communicated instructions. It can be easy for differences to arise between the two. If these differences are caught by a developer, it is relatively simple for them to verify the correct approach. However, a difference can often go unnoticed causing unnecessary rework after the discrepancy has been developed. Even small development changes can be more time consuming than it appears at face value. Thus, it is important to resolve any discrepancies prior to the start of development.

Design Mockups – Mockups will typically do wonders in communicating the desired visual solution. However, it is important that the developers are able to evaluate the specifics of various design elements throughout the mockups. In years past, this often required detailed documentation of typefaces, colors, sizing, and spacing. However, in most modern design tools (that are specialized for interactive work), developers can easily gather these details themselves. Allowing developers to access this data, without a middle man, is essential to preserving the momentum of development.

Expected Functionality – While mockups provide a great base, most often there will be additional functionality and interactions that are not immediately clear. This is where interactive prototypes become extremely valuable. There are numerous ways to prototype an application, however, one of the most effective methods is to utilize a design tool that has built-in prototyping. This allows designers to easily create clickable prototypes that show how the application responds to various interactions. This helps to quickly communicate necessary functionality with much less dictation. There will be plenty of instances where clarification is still necessary (due to prototype limitations or app complexities), however, prototypes help to minimize this greatly.

Highlight Small Deviances – There are plenty of situations where existing design patterns can be leveraged in multiple locations in an application. However, small adjustments are often required to accommodate for the specifics of the new location. When small adjustments are needed, it is important that they are pointed out – as they can be easy to miss during development. This will help avoid endless small updates that can impede development momentum.

Note Previous Patterns – Most complex web applications will have more than one developer working on the project. While code reviews are a crucial part of the development process, there are still times when a developer may not be aware of a previously leveraged layout or design pattern. When putting together design documentation, it is helpful to note the last place where a pattern was previously leveraged – especially patterns that are less common. This will allow code to be consolidated and will keep the code base efficient.

Once the handoff is complete and development begins, the conversion will undoubtedly continue. During this phase, it is important to foster an environment of open inquiry that welcomes clarification and suggestions from developers. While any development team worth its salt will go above and beyond to implement a desired feature, the design team needs to be flexible enough to make adjustments as needed. Whether this be an overlooked detail or an adjustment that will help keep the app technically lean, it is important to remain open to compromise – especially on details that are non-essential. It is this open conversation between designers, developers, and business analysts that allows a product to keep its momentum and to be delivered on time and on budget.

It is abundantly clear that orchestrating a smooth handoff between design and development starts well before the handoff begins. It is important that each stage of the Software Development Life Cycle is mindful of optimizations that will help drive the momentum and effectiveness of the development process. This holistic approach to software development is essential for the continued success of your application. If you need help streamlining your software development process or need a partner to help with all aspects of your application, then please don’t hesitate to contact us to discuss how we can help!

Wondering where you can reap these benefits in your development organization?

Even healthy, mature teams know there's always room for improvement. We'd be happy to review one or more of your current approaches in a complimentary strategy session with our technical leadership team.