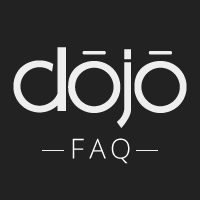 In large JavaScript applications, it can be beneficial to dynamically load CSS stylesheets. For example, if a certain JavaScript widget, such as a complex grid, uses a large standalone stylesheet for its display aesthetics, it would be optimal to only load this stylesheet if the widget is in use, rather than always including the CSS source on each application load.

After including the build plugin, running the build normally without any other changes is sufficient to inline the CSS text into the JavaScript. While this method is the simplest, it is generally more desirable to keep CSS in external stylesheets and leverage the browser’s optimized patterns for stylesheet loading. To do this, you simply need to specify a target stylesheet in the layer definition in the build profile:

When the build runs, any CSS dependencies that are encountered in modules will then be added to main-stylesheet.css (which will be created if it does not already exist), rather than inlined in the JavaScript build layer.

We cover AMD plugins such as xstyle and more in depth in our Dojo workshops offered throughout the US, Canada, and Europe, or at your location. We also provide expert JavaScript and Dojo support and development services, to help you get the most from JavaScript, Dojo, and performance optimization of your application. Contact us to discuss how we can help.