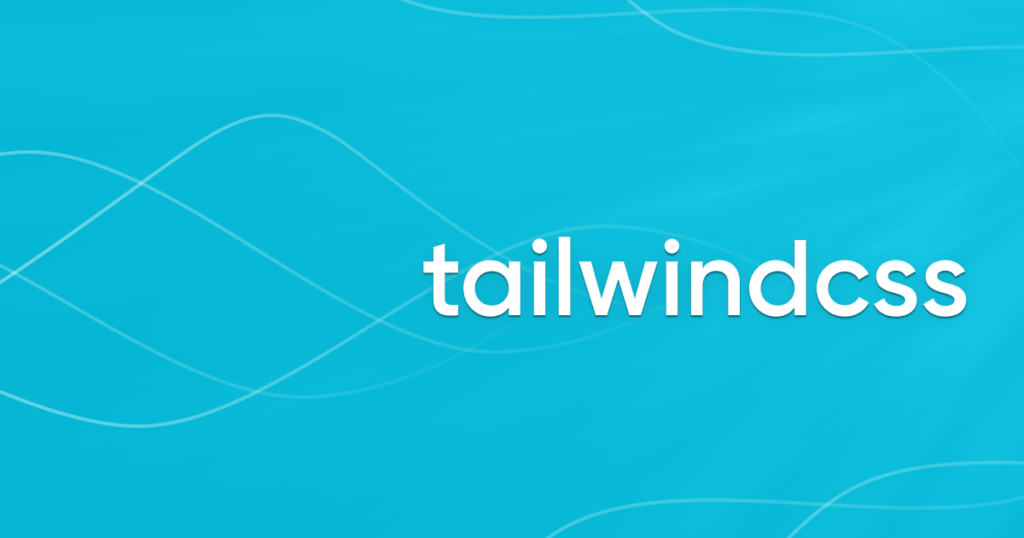 What is Tailwind CSS?

As modern reactive front ends have begun to converge on effective module patterns and universal approaches to common application paradigms, it’s not uncommon to see much of the variance between frontends as far as how they expose and implement their given style guide. The implementation and the delivery of application styles to an underlying component tree have become almost an art form, where each application attempts to solve the ever-present CSS problems of naming and reuse in the best, most effective way possible. Tailwind CSS provides a set of style guide-agnostic utility classes backed by opinionated, customizable variables, allowing developers to switch between projects using the same CSS toolset.

Styling of the past

Stepping into a new frontend codebase involves several key learning curves that developers must understand and overcome in order to be successful. These proprietary per-project concepts that must be relearned for each new application include common patterns such as component naming conventions, organization, and API interaction, with the steepest learning curve often being the underlying component CSS architecture. An application’s CSS architecture is usually deceivingly complex, consisting of naming conventions, color palettes, measurement scales, shared variables, utility classes, accessibility classes, and breakpoints, and developers must learn how each application uniquely approaches each of these concepts.

Many strategies are used in an attempt to overcome and to unify styling between projects in an effort to reduce developer time spent on styling. For example, CSS variables can be shared between components and their stylesheets, allowing for the reuse of colors, measurements, and utilities. Components can also be used to abstract away and to share typography, layout, and responsive styles in a declarative manner without the need for CSS at all. While these approaches can be effectively utilized to share most aspects of a given design system throughout a component tree, they only provide a mechanism for reuse and don’t actually lessen any learning curve for developers: variable names and available utility classes must still be learned, style components must be understood, and naming conventions and measurement scales must be memorized.

Another approach used to reduce the time developers spend on styling in a project is relying on a trusted third-party design framework. Many such frameworks exist that expose robust component sets and underlying CSS that prescribes a given look or feel that can be reused between projects (e.g. Material). Many of these off-the-shelf solutions work well and look great in practice, and they objectively solve the issue of developers needing to learn new styling approaches between projects, but they do so by handing developers a ready-made style guide rather than allowing a design team to create their own. It’s not uncommon for enterprise products to have underlying design systems that compete with the concepts provided by a third-party CSS solution, reducing the real-world usefulness and customizability of such design frameworks.

The idea of sharing variables for all major styling concepts throughout a codebase is inherently useful, and most projects already do this using hand-rolled naming conventions and value scales. It’s not uncommon to see --color-green style color variables, or .capitalize style typography classes, or .flex style utility classes, or --grid-base style measurement scales. Tailwind CSS provides a common set of CSS variables and utility classes so that projects no longer have to implement these in a proprietary manner.

The effectiveness of Tailwind can be thought of in two distinct categories: utility classes and base values. The utility classes exposed by Tailwind are intentionally low-level and can be used to apply any defined CSS rule to a given node in a declarative manner. For example, overflow can be hidden with .overflow-x-hidden, text truncation can be added using .truncate, and opacity can be cut by half using .opacity-50. Almost every defined CSS rule has a corresponding utility class, and all utility classes are named using easy-to-remember conventions that are indicative of the underlying rule itself. At first, it may seem like this is just sugar over inline styles within components, but Tailwind goes further by also providing state-based variations of all defined utility classes so that styles can be conditionally applied based on breakpoint, dark mode, and hover or focus states. For example, a black background can be conditionally applied based on system dark mode simply by applying the .dark:bg-black class. In this way, Tailwind mitigates the need for most custom CSS and instead allows styling to be declarative using powerful class names that don’t change between projects.

The utility classes provided by Tailwind gain much of their power over raw inline styles because they rely on common internal values for things like measurements, colors, and breakpoints. This means that developers are not freely using any arbitrary values when applying Tailwind utility classes like they would be using inline styling, and they are instead restricted to what Tailwind defines. For example, the width of an object can be changed using classes such as .w-1, .w-2, .w-3, etc., and Tailwind uses a carefully chosen internal scale to determine what “width 1”, “width 2” and “width 3” actually mean in terms of actual width values. Tailwind opaquely provides base values like this for all utility rules that involve variables, including most common measurements and colors. This means that developers can add medium vertical padding using .pv-2, and increase this vertical padding on large screens with .lg:pv-4, without ever caring about what the large breakpoint value is or what “padding 4” means. In this way, developers use Tailwind to apply any CSS rule, but these rules are backed by a subtle design system of values that cohesively work together no matter what is being designed.

Tailwind has broken new ground as a low-level, declarative CSS framework that’s also backed by a design system that provides just enough opinion to make developers effective. Perhaps most importantly, it does so in a manner that can be used repeatedly across different projects with different architectures and different application style guides.

Tailwind CSS vs Vanilla CSS: Which Should You Use?

The idea of a low-level utility CSS framework admittedly does not seem useful to many developers who have a firm grasp of CSS itself. Let’s look at an example to see how utility classes provide objective advantages over hand-rolled styling by recreating a SitePen-themed Google search page.

First, let’s look at a vanilla CSS implementation of the current search page.

The example above has the advantage of being concise when only looking at the HTML because class names can be semantic and specific to the case in which they’re used. However, the example above also suffers from several key disadvantages that inhibit developers from quickly stepping in and making modifications.

Next, let’s look at a Tailwind CSS implementation of the current search page.

The example above has the disadvantage of having more verbose markup due to more class names, as much of the CSS logic from the previous example has been moved to declarative class names in this case. However, developers also gain several key advantages that usually outweigh this added verbosity.

Much of the power of Tailwind comes from its ability to pave over differences between projects and how they implement their utility CSS architecture. By providing a base design system that also includes uniform values for things like measurements, colors, and breakpoints, it may seem like Tailwind projects would always look and feel at least minimally similar. Luckily, Tailwind supports a robust customization model that allows different projects to customize key aspects of the system in a project-specific way, while still providing the exact same CSS class set to developers. This is an extremely powerful concept: through the use of a configuration file, it’s possible to customize key aspects of Tailwind’s default styling – such as a color palette – without changing any resulting syntax for developers. This level of iteratively configurable customization – together with Tailwind being inherently low-level and sitting “beneath” the level of a full style guide – means that Tailwind applications do not look and feel the same in the way that Material or Bootstrap applications did in the past. Tailwind is a system to uniformly apply CSS, not a system of prefabricated components.

The implementation and the delivery of application styles are often given less thought than the implementation and delivery of an application’s component set. As a result, modern front ends have historically used proprietary, one-off solutions when implementing a style guide in code, requiring developers to learn new conventions when ramping up on a new project. Tailwind CSS attempts to provide a level of CSS utility classes that sits above raw CSS rules, streamlining developer productivity, while staying low-level enough to serve as a base for any styling flavor.