FullStack is a large London JavaScript conference hosted at the Skills Matter CodeNode. The conference brings together an impressive line-up of speakers and workshops covering five tracks over three full days of festivities. We were invited to speak at FullStack, and also enjoyed many of the other sessions and met many great engineers. The sudden popularity of Pokemon Go was a theme throughout several talks at the conference. The videos for many sessions were online within a few hours, which is truly impressive for any conference. 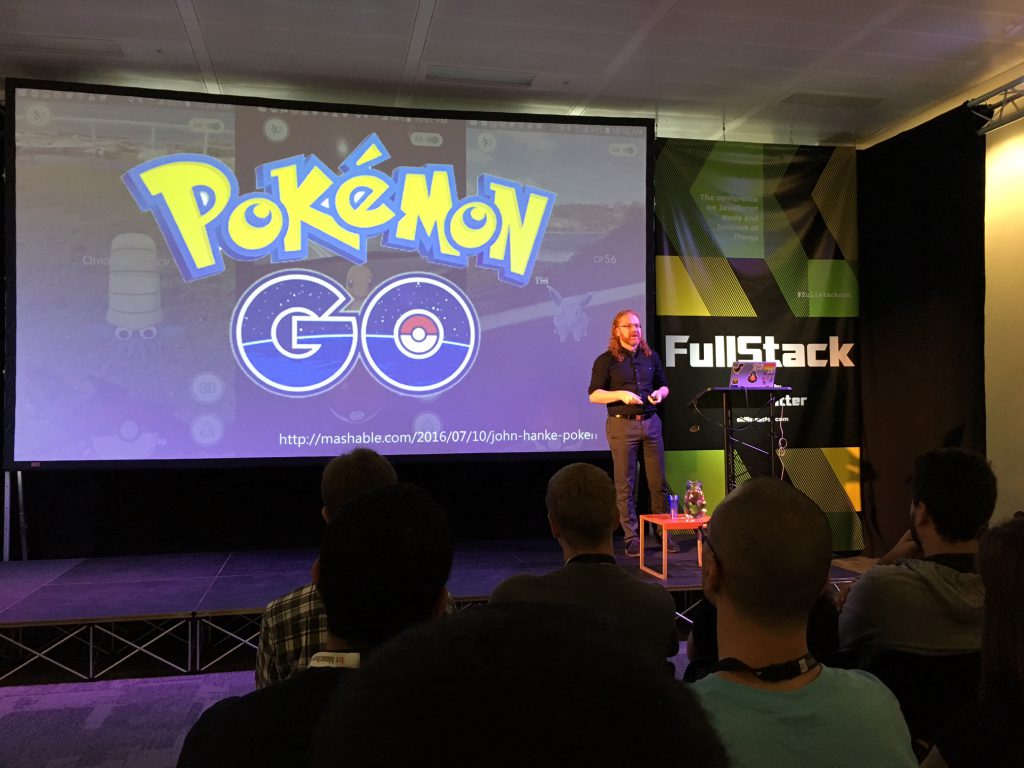 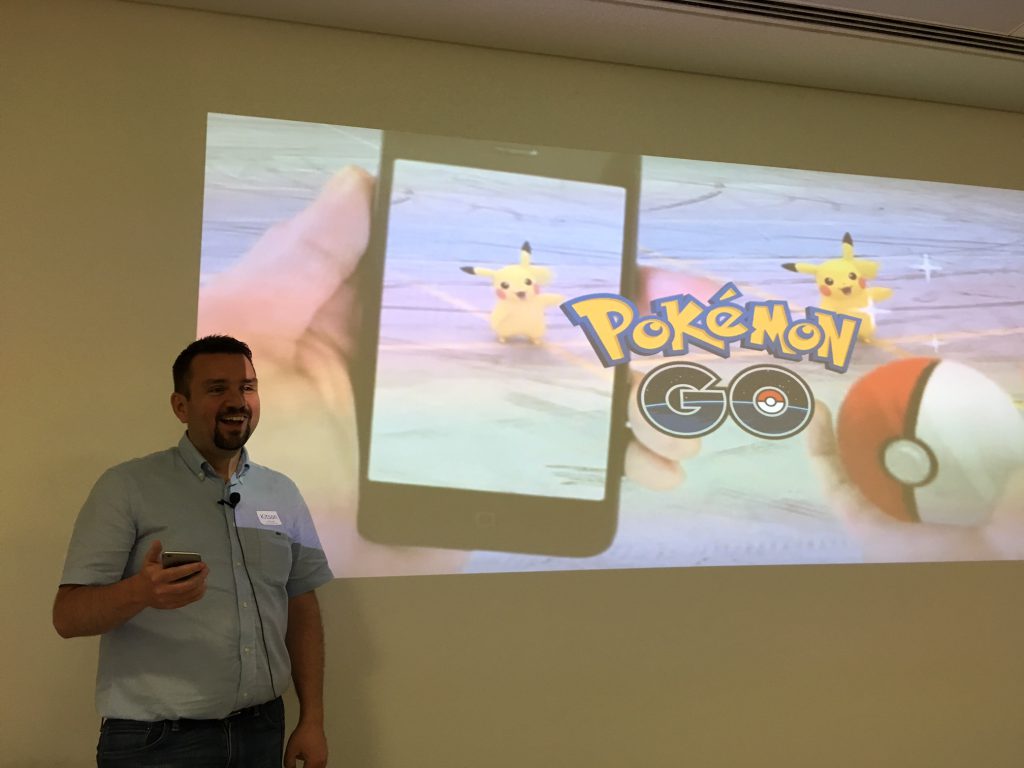 Chris Heilmann kicked things off with a keynote, “Progressing JavaScript and Apps the Web way…”, with a talk focused on the benefits of building for the web, and comparing and contrasting benefits of native vs. web. Chris speaks at many conferences, but he constantly reinvents what he talks about, while sticking to the general theme of building more efficient web applications and questioning assumptions. 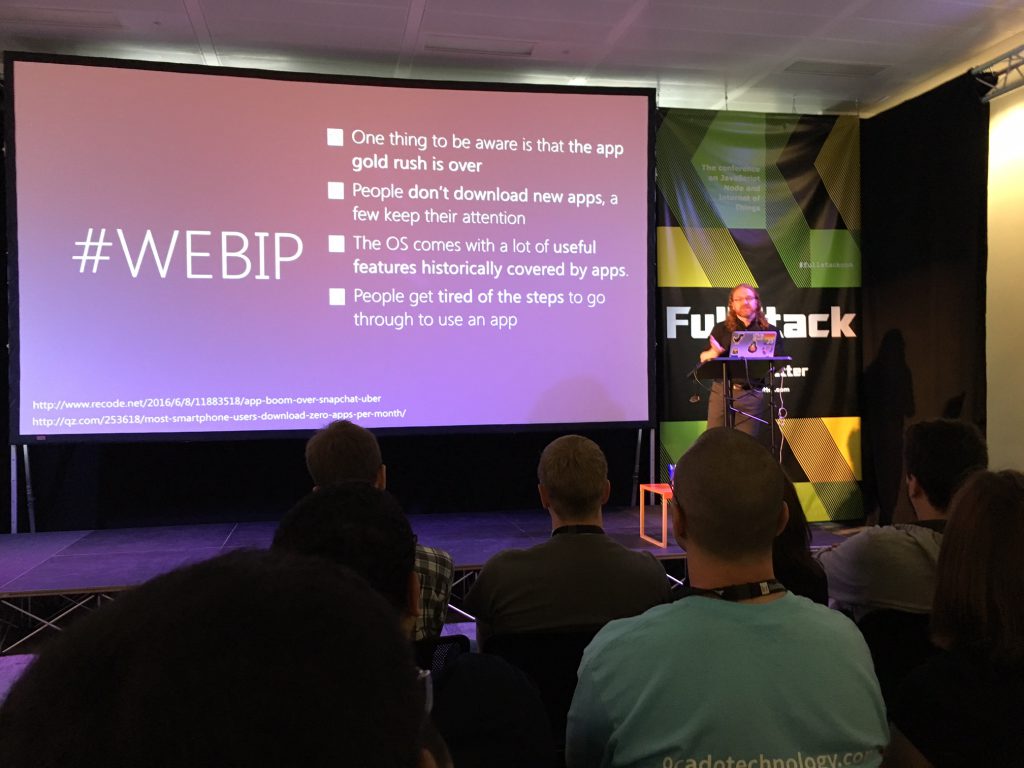 It is amazing how wide and varied JavaScript has become. Opher Vishnia gave the talk Going Commando: A Serverless Multi-Player Game, where he introduced us to Phaser.io and Firebase and completed a live coding example where he created the game arena on his laptop, but also a client application for all the clients to play the game. Fitting this into a 45 minute session and a room full of people with their smartphones could have been a recipe for disaster, but Opher succeeded and demonstrated that some of the concepts of traditional client server we hold dear, can start to be challenged. There were plenty of other sessions too that touched on this more distributed model than a very traditional “client/server” model.

Mark Wubben spoke on Distributed consensus using Raft, Node, and fuzz testing, as a way to help servers within distributed systems agree with each other on their state. Mark discussed distributed systems, Raft, and Buoyant, a framework for implementing servers using the Raft consensus algorithm. Mark also cover how fuzz testing is used to increase confidence in the implementation, with a demonstration showing how fuzz testing helped find an issue with a demonstration application. 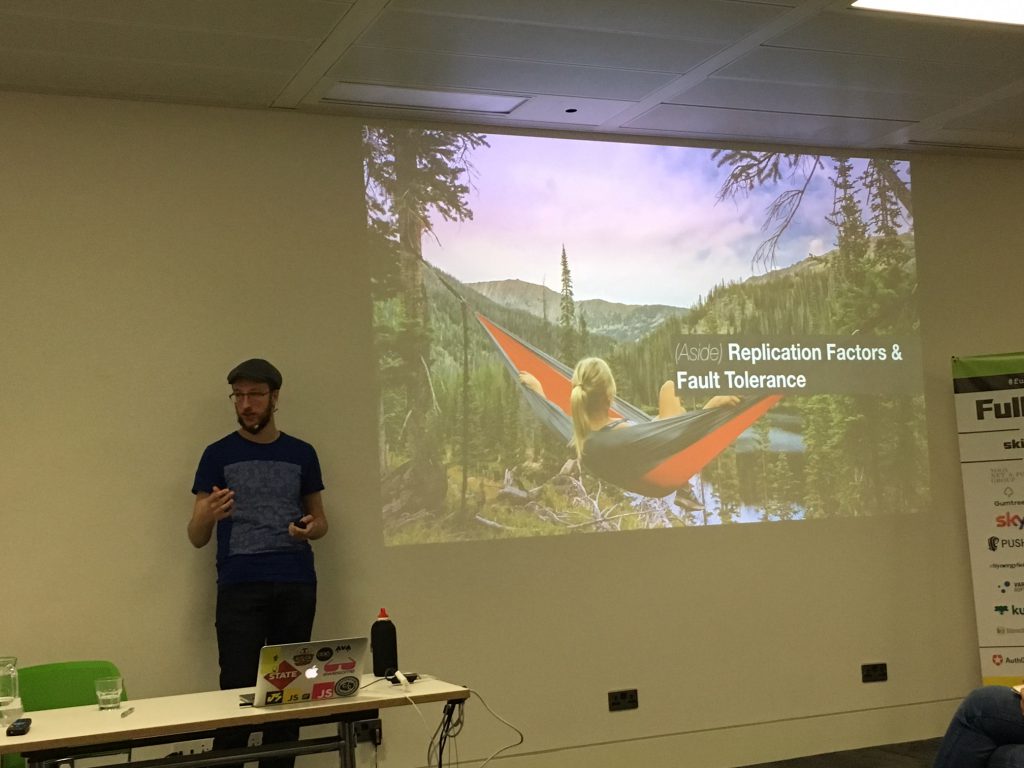 After the first day’s talks were over, the conference provided dinner, followed by an interesting hour event of random and obscure JavaScript information and trivia, and then a party to conclude the day.

After the first keynote, I delivered a talk on some of the benefits Dojo 2 has received from working with ES6 and TypeScript in our development efforts over the past two years. The talk looks past the basics of leveraging the new language features, and shared examples and patterns that have emerged in our work and how we have benefited in our efforts.

We met many engineers looking to leverage the benefits of ES6 and TypeScript, and had engaging discussions in the hallway after the talk.

After lunch, there was a round of lightning talks. I really enjoyed Guy Nesher’s talk about how to improve the hiring of engineers. We follow many of his suggestions at SitePen, but it also provided some ideas for how we can be even more effective. 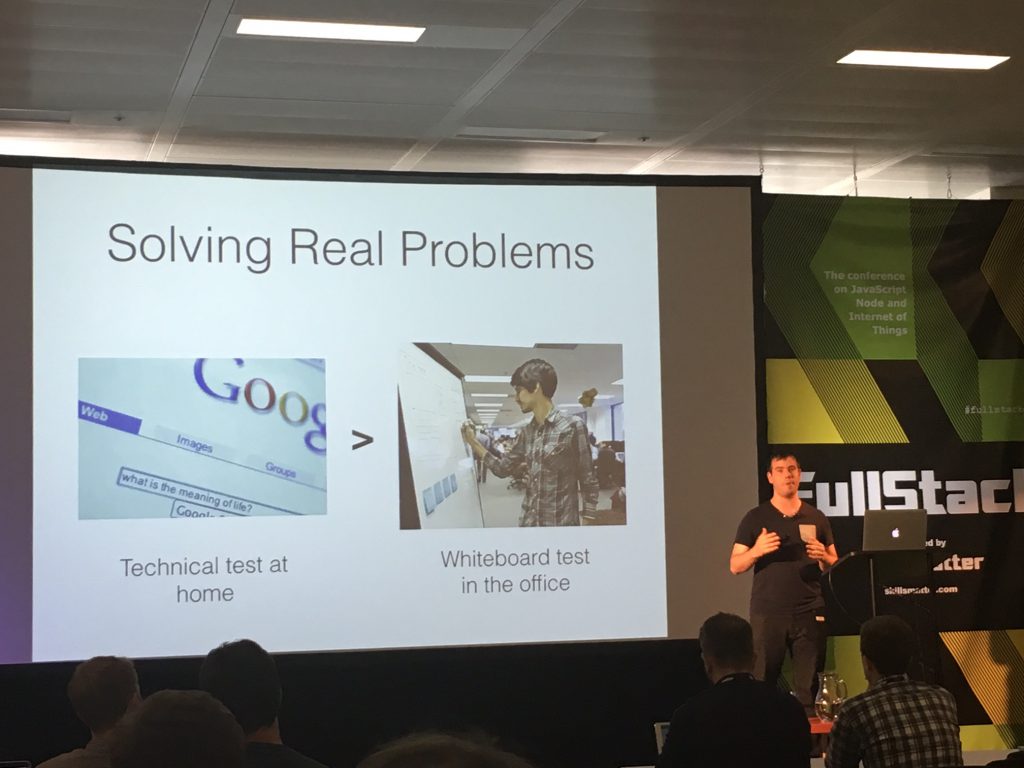 The afternoon was filled with workshops, ranging from Angular 2 to building interesting demos with Tessel and Espruino devices.

As I mentioned earlier, one of the common themes was the “serverless” concept and Peter Sbarski talked about his company, A Cloud Guru, which is using on demand compute via AWS Lamba to fully decentralize their infrastructure. Also because of the ability to leverage on demand compute, they have been able to better correlate a “pay as you go” model to their customers by leveraging a “pay as you go” compute service without the need for dedicated resources. These fully distributed models, with the ubiquity of JavaScript being the language to power them, are becoming an important consideration for many organizations.

SitePen CTO Kitson Kelly gave a talk on the 7 habits of highly ineffective developers, a fun talk about the things engineers may do that make them less effective within an organization. 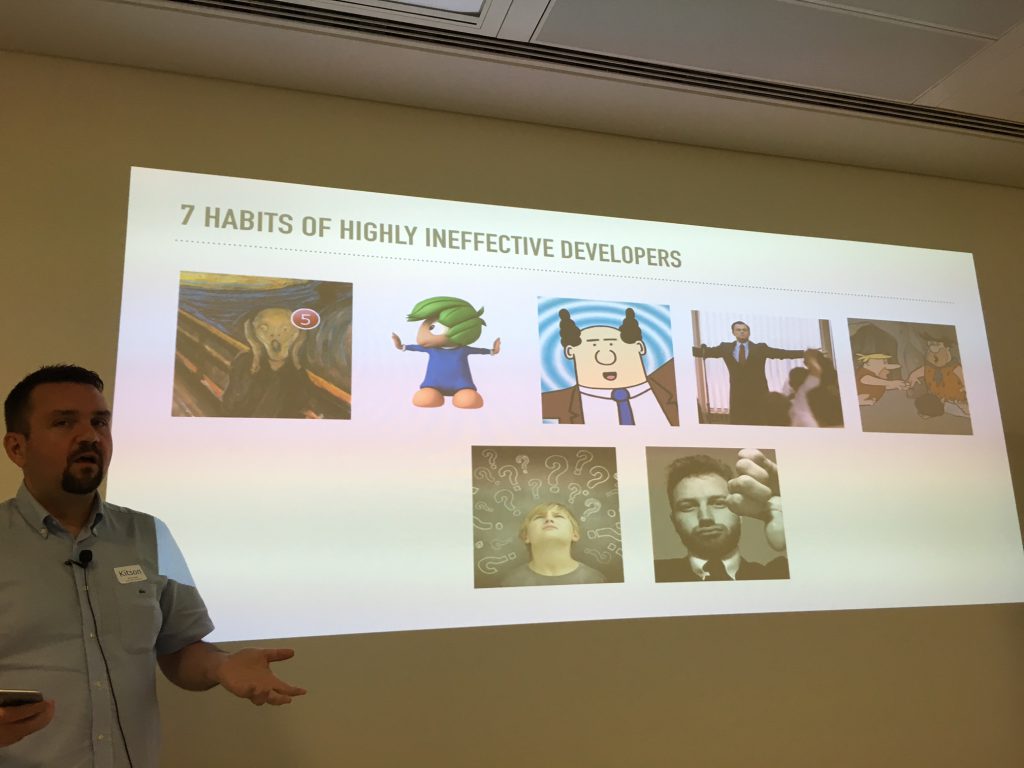 Thanks to Skills Matter for organizing this event. They’ve created an excellent venue at CodeNode that offers a great environment for tech conferences.

It is great to see such a vibrant and thriving JavaScript community in London. We have been involved with a number of workshops, meetups (e.g. London Ajax), and conferences in London for nearly a decade and have watched the community grow substantially during that time. We’re looking forward to next year’s FullStack, as well as HalfStack and SeleniumConf later this year. We enjoy meeting engineers, talking about JavaScript, and sharing our ideas at each event. We look forward to seeing you at a future conference or event.