I’ve just had a whirlwind trip to Stockholm for JFokus 2008. It was a focused conference with some really interesting presentations. I came back wishing that I wasn’t on such a tight schedule so that I could have attended more talks.

Kirk Pepperdine was there, and despite not hearing his talk we had quite a bit of debate about it (we met due to a wrong turn on the way back to the hotel by the conference center). Maybe his talk turned out differently, but it sounded as though he was going to be ringing the warning bell for big databases. The argument essentially went: transactions don’t scale over multiple CPUs (something Amazon etc. have already discovered) and since we’re all going multi-core, we need to look to ways of doing things that are not transactional. Kirk’s answer was object databases.

I did a tutorial on DWR, and updated the ‘Case for the Open Web’ talk that I did with Alex at TAE. I managed to add 50% more material and finished early to boot. I guess with 2 people talking there’s a lot more banter.

One of my contentions was that monopolies are bad for the web, no matter who holds them.

In many ways a properly Open Web can’t exist while there is a monopoly. One of the things that makes the web such a good platform is its robustness. It can survive ActiveX, XHTML, the blink tag, and the million Java web frameworks. It doesn’t blink when people threaten to tax it and it continues to route around censorship. But the key to all of these is choice. If you don’t like XHTML, use HTML5. If you don’t like Struts etc., use RoR. Of the threats noted, ActiveX did the most damage to the web—spyware has made many people rightly scared of the web, and it was only possible due to a monopoly. If we allow monopolies, we lose alternative implementations and are forced to accept bad design decisions. So the web needs multiple implementations.

I think there are several indications that monopolies harm the web more directly than just by allowing bad design decisions. I suspect that monopolies can cause decisions that are more directly harmful to the web. IE is perhaps an easy place to start, but we can start with an earlier monopoly: the Netscape monopoly. It is far from proven that the Netscape monopoly was bad for the web, but I think there are some hints that it might not have been good—I wonder if they would have approached the decision to re-write the whole browser in the same way if they were in a minority position. The cost was basically 6 years of development time: versions 4.5 and 4.8 didn’t move the renderer forward, 5.0 never happened, and 6.0 was so standards-compliant as to be basically unusable to all but the most hardy open source advocates. 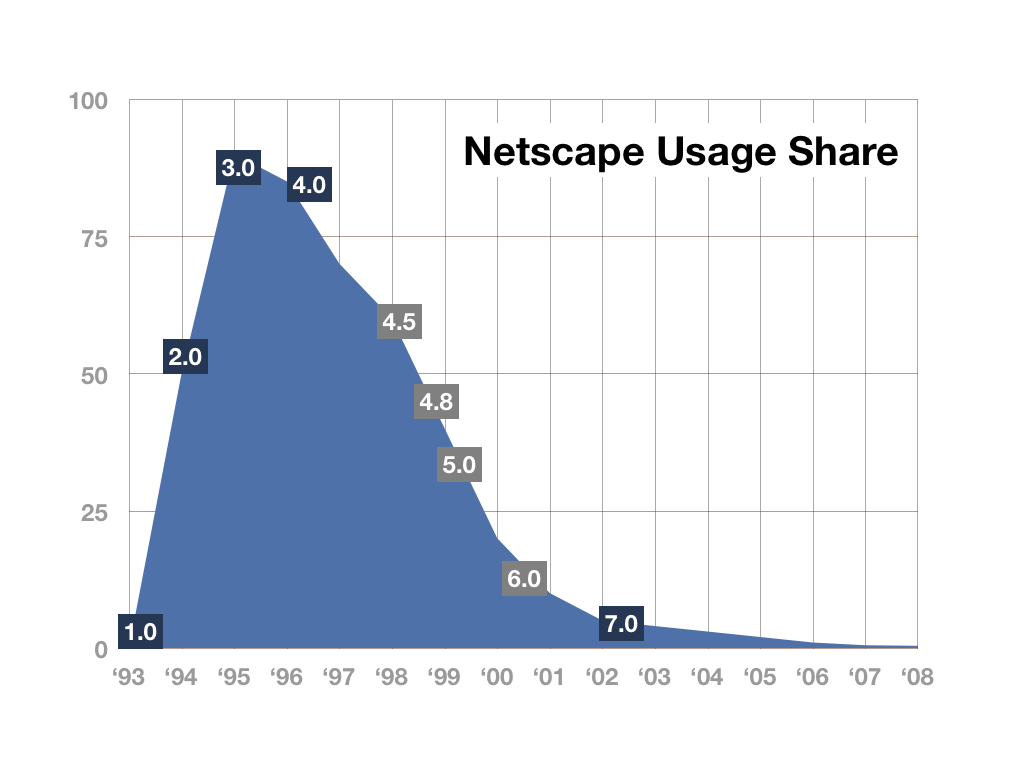 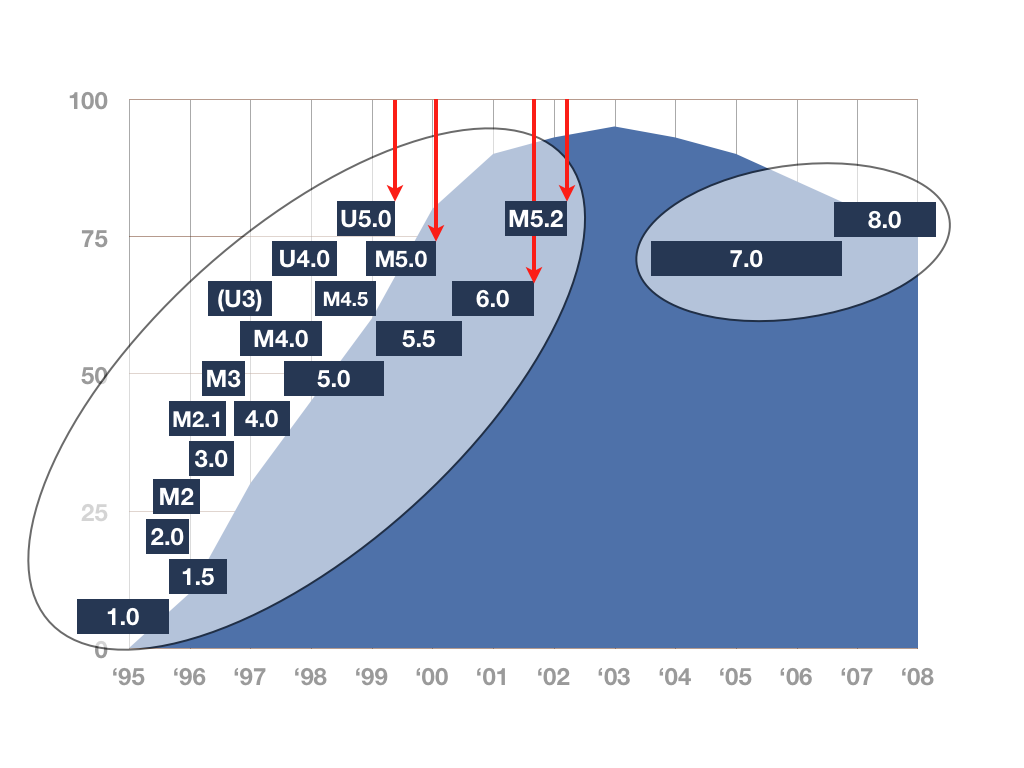 The good news is that (at least in Europe) there appears to be a great deal less of a monopoly now.

Interestingly, if you include Mosaic (the precursor to Netscape) which had a monopoly in 1994, the web has been in a monopoly position for 10 out of the last 13 years. 1995 saw a transition from Mosaic to Netscape, and 1998-1999 from Netscape to Internet Explorer. Both happened surprisingly quickly. Some would argue that there is a heavy social component to web browsing, so a flip from Internet Explorer to The Next Big Thing would be similarly quick, but the trend seems to be fairly slow so far.

Hopefully there will be more data next year at JFokus on whether we’re headed for a long drawn out slide from Internet Explorer, whether the trend will reverse, or whether we’ll have a true oligopoly.