I speak at a number of conferences and am giving a couple of talks later this year about Dojo on the iPhone. Of course, giving a talk without being able to show demos is frustrating, but giving a talk without having high-quality screenshots is silly. There wasn’t a solution known outside of Apple until recently, and it is still a bit of a process, or I daresay a bit of a quest. These instructions are for Mac users… I’m sure the steps are pretty similar for Windows users as well. 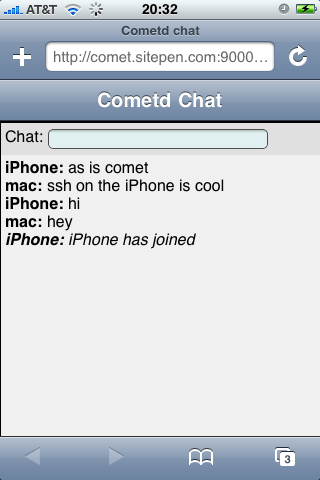 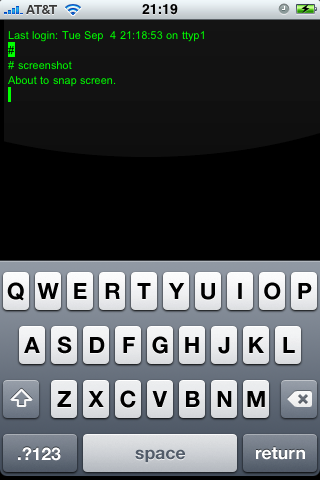 Update: If you don’t want to work on your iPhone SSH chops, you can follow the first two steps, and install Dock. Just be sure to not install SummerBoard or one of the other launcher apps.