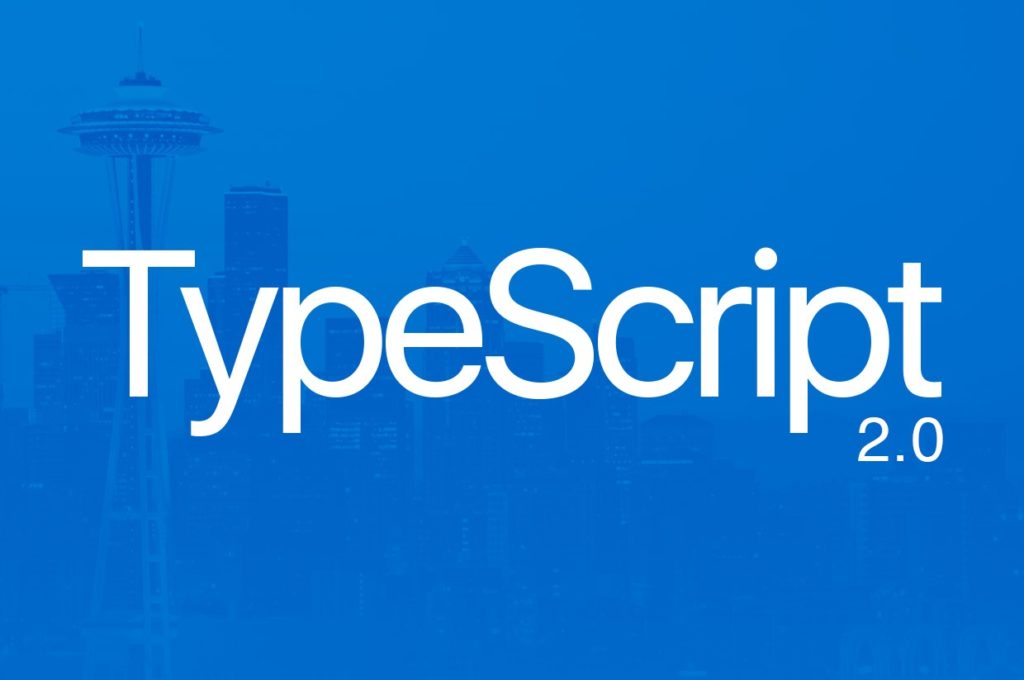 Over the past few years, TypeScript has iterated and greatly improved developer ergonomics. With our efforts on Dojo 2, we’ve been very excited about many of the features and improvements made, including several key improvements that have landed for TypeScript 2, which is currently in beta release!

TypeScript 2 adds a major improvement in the type analysis of code. Now types are narrowed and widened recognizing the flow of the code. Previously, there were limits where you could allow narrowing of a type within a closure before, but when outside of the block, it would reset the type. You always had to write your code within if...else blocks to take advantage of type narrowing, or use unsafe casts:

With TypeScript 2.0, the code is statically analyzed and types are narrowed, widened or changed in line with the logic of the code. Meaning that you can code in patterns allowed by JavaScript and the type system will keep up. This can help guard you against many logic errors in your code, where you might have had to unsafely cast before, when in fact the logic wouldn’t have been safe to assume that the type was properly narrowed.

this typing for Functions

As one of the most requested features for TypeScript for quite a while, many TypeScript users are happy to see this feature land. Prior to TypeScript 2.0, you had to choose to unsafely access this or use some sort of boilerplate which would add to your emit for no good value.:

Again, a source for many logic errors. Previously undefined and null types were inclusive of other types. Now they may be considered separate types that do not intersect with other types.

Because of the likelihood of significant breakage to code, this improvement was introduced under the compiler flag --strictNullChecks. Without this flag set to true, this feature is not enabled. There are many cases where logic errors could easily be made, when values could be undefined or null at run-time, but the type system would assume they were assigned. So in older versions of TypeScript, or without the flag enabled, this would happen:

With --strictNullChecks enabled, optional parameters are automatically inferred as | undefined even if the parameter isn’t explicit about it:

This change really highlights a lot of potential logic error, but likely will require some level of revisiting code to migrate, because of the number of potentially unsafe operations that JavaScript allows.

The new readonly keyword disallows reassignment and implies a non-writable property or a property with only a get accessor. It does not mean non-primitives are immutable.

This is one of the items though that is a breaking change. If you have an interface (a .d.ts) file that uses this, older versions of TypeScript will not be able to understand it.

Prior to TypeScript 2, you cannot narrow types on property accessors, only properties/values.

With TypeScript 2.0, you can safely narrow types through property accessors:

Similar to what we’ve had for many years with AMD, TypeScript 2 now supports configuration settings to remap a path!

Prior to TypeScript 2, support existed for two ways of resolving module names: classic (a module name always resolves to a file, modules are searched using a folder walk) and node (uses rules similar to the Node.js module loader). Unfortunately neither approach solves the approach of defining modules relative to a baseUrl, which is what AMD systems such as Dojo and RequireJS, and SystemJS use.

Instead of introducing a third type of module resolution, the TypeScript team added the configuration settings to solve this within the existing systems: baseUrl, paths, and rootDirs.

paths may only be used if baseUrl is set. If at least one of these properties is defined then the TypeScript compiler will try to use it to resolve module names and if it fails, it will fallback to a default strategy.

async and await for ES5 (TypeScript 2.1)

One of the challenges that the TypeScript team faced with the code flow analysis was that there was no bottom type, or in other words a total lack of a type, which is important in any type system. Traditionally, if a function in TypeScript was not expected to return a value, it could be typed as void but this wasn’t strictly a bottom type (since this was actually a version of undefined | null which are actually types in TypeScript).

In most cases, never is inferred in functions where the code flow analysis detects unreachable code and as a developer you don’t have to worry about it. For example, if a function only throws, it will get a never type:

This does mean that functions that may potentially contain an unreachable return will have their return type analyzed as never, which in turn can end up being part of a definition file. So like readonly, this is a breaking change that is not backwards compatible.

Our team have been big fans of TypeScript and have actively contributed feedback, bug reports, and pull requests. All of our current Dojo 2 work has already been updated to support TypeScript 2, and our ES6 and TypeScript workshops are also updated for TypeScript 2. We’re very excited to build Dojo 2 and applications for our customers on top of TypeScript 2!